Posted by Jeff Edwards on May 21, 2020 in Activism, Faculty, Interviews, Press | No Comments

Honors Program Director Jeremy Cohan was interviewed recently for a new article by Emily Witt in The New Yorker about an ongoing rent strike at the apartment building were he lives in Brooklyn. Here are a couple excerpts from the piece that include some of his comments:

The buildings at 18, 20, and 22 Goodwin Place are situated near the border of Bushwick and Bedford-Stuyvesant, in Brooklyn, near the Gates Avenue stop on the J/Z train. The complex, where a two-bedroom apartment rents for $2,599 a month, was constructed in 2006, and has a green façade with recessed balconies. On StreetEasy, it is advertised as the Aventurine Condominiums. (“Aventurine, a green quartz crystal with specks of gray, has healing properties and is known as the comfort stone.”) In the early days of social-distancing measures, a few residents put up a sign offering assistance with child care or shopping, or just a friendly ear for anyone who wanted to talk. This led to the formation of an online chat group, where many residents got to know their neighbors for the first time. They coördinated regular cleaning of the complex’s banisters and entry keypads, and put up signs expressing gratitude for delivery and postal workers. One tenant is undergoing cancer treatment, and the group stayed on alert to help her out. As they conversed, they learned about newly unemployed residents who had worked in food service, in early-childhood education, and in consulting. “That was the situation,” Jeremy Cohan, one of the tenants, told me. “And then, relatively quickly, people started talking about how it was crazy that we should have to pay the rent under these conditions.” At the end of March, around two-thirds of the buildings’ tenants decided to rent-strike, a group which included some who had lost their jobs and some who were withholding rent in solidarity.

In addition to being a professor, Cohan is an organizer with the Democratic Socialists of America, one of many political groups that have joined the push for rent forgiveness during the coronavirus pandemic. He says that most of the complex’s residents are young, and that turnover is frequent. Tenants’-rights movements in New York have traditionally been led by longtime residents of rent-stabilized buildings, but the pandemic has made housing insecurity immediate to a broader population, and has given tenants of unregulated, market-rate apartments an impetus to pursue more protections. “People are being politicized by a situation where the government is not doing its job to take care of people, nor are the wealthy taking care of people as they should,” he said. “I don’t think we’ve seen anything like this since the Great Depression—both with the state of the economy and the people standing up and taking action.”

You can read the entire article at The New Yorker. 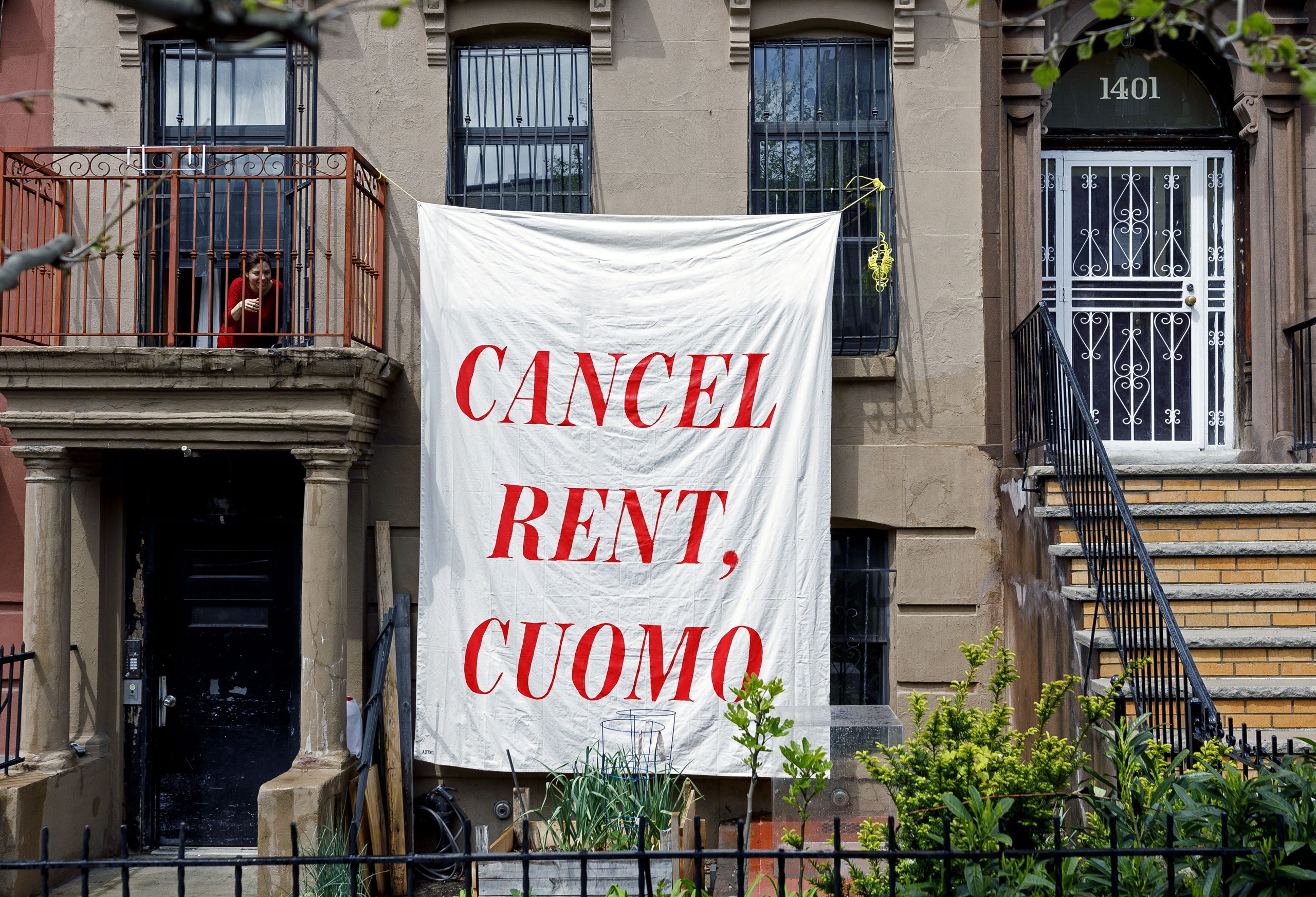 The coronavirus pandemic has made housing insecurity immediate to a broader population in New York City, and tenants are pursuing protections.Photograph by Justin Lane / EPA-EFE / Shutterstock (via The New Yorker)