Vreugdevuur Scheveningen, an upcoming photobook and film from Romke Hoogwaerts

Here’s an announcement of a forthcoming project from VCS alumnus Romke Hoogwaerts:

Mossless‘ founder, Romke Hoogwaerts, has a photobook (and film) of his own coming out soon called Vreugdevuur Scheveningen. It’s about the world’s biggest bonfire, a rivalry between two neighborhoods—one of which is his grandfather’s working-class hometown of Scheveningen in Holland. Here’s a few photos: 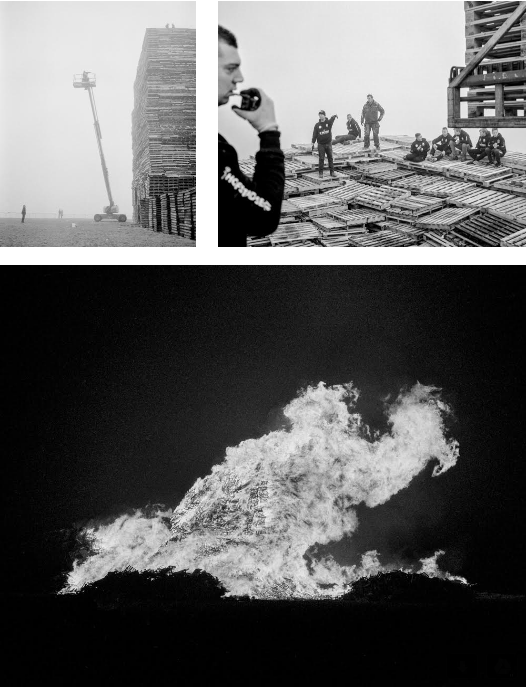 The book is being released in a few months by his publisher Gnomic Book… but only they can raise the money to print it this summer (we know, we know—this is the last time, we promise). They launched the Kickstarter pre-order campaign at the LES Fotobookfair just a few days ago and so far its reception has been great.

We really hope you can take a look at the project, even if just out of curiosity. Romke’s spent a great deal of time, tears and money on it and we’re incredibly proud of what he’s been able to put together. Look, there’s even an excerpt from his upcoming documentary film about it! (and the whole film is available too, for just $10 on the campaign!)

We hope you take a look and consider supporting the project. Thanks for reading!